Like a classic Cartpool event, the purpose of a Cartpool Rally is also to help consumers better enjoy the benefits of group-based shopping. The difference between a Rally and a standard Cartpool is that a Rally is for managing the relationship and arrangement between a seller and a buyer (or buyers), instead of consumers organizing such events among themselves in a private group setting.

A Cartpool Rally is initiated by a MOFFAS partner, a seller, on their own e-commerce site. The Rally sets its product for a conditional promotional deal or applies such promotion site-wide. The seller also sets terms for the promotional deal to be effective. In most cases, the condition is related to total items sold.

For example, a MOFFAS Partner, BikeSeller, initiates a Cartpool Rally event for their new bike model, retail at $299.99 ea. If they can sell 20 bikes within two days, the customers can get the same bike for a special Rally price at $199.99. If they cannot, BikeSeller reserves the rights but not the obligation to not deliver the product at the Rally price and thus cancel the order. 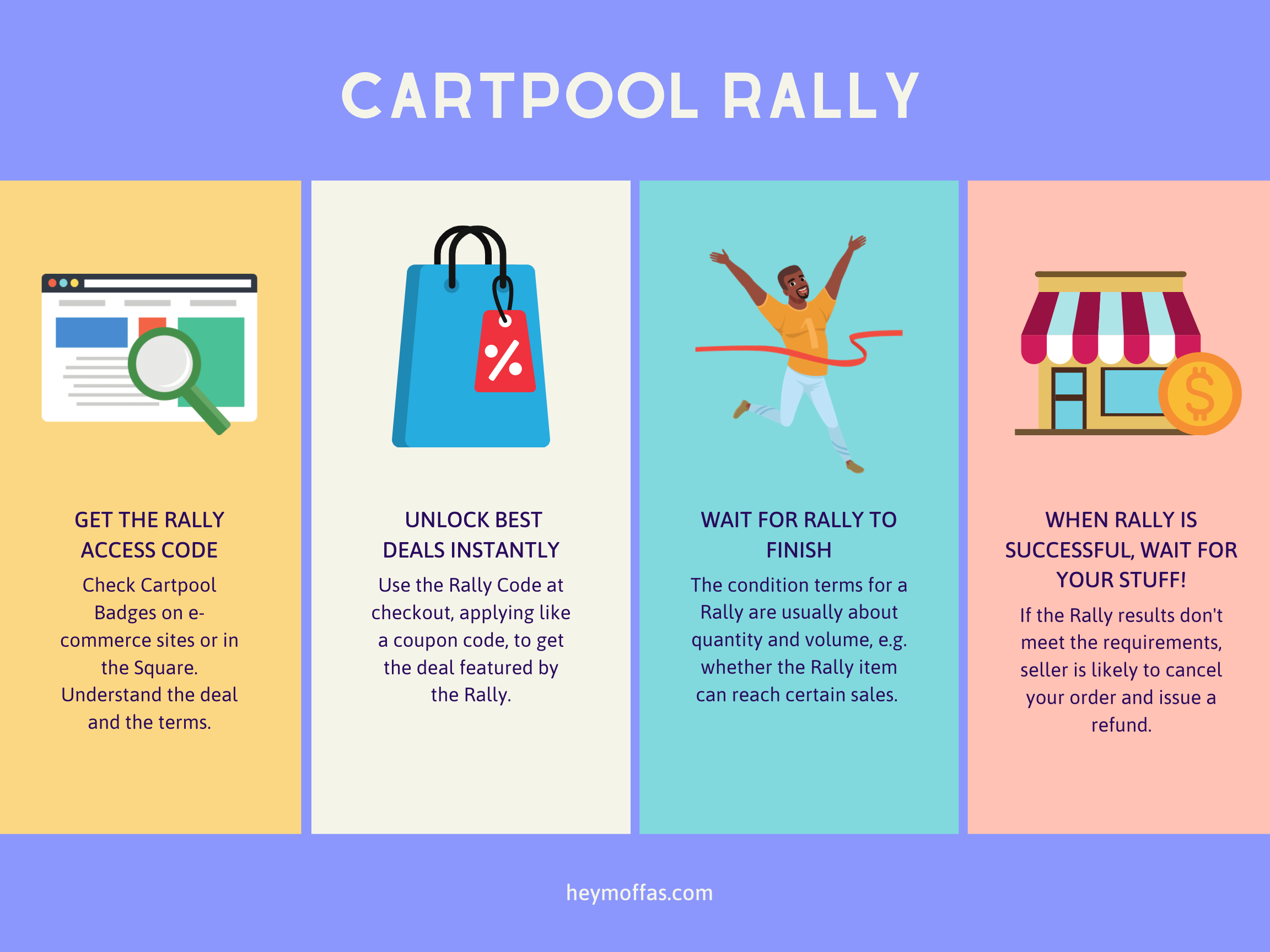 Cartpool Rally, by nature, works well with sellers that are also small-batch manufacturers. Wholesalers that are on e-commerce may be able to take advantage of this feature as well.

MOFFAS takes pride in approaching e-commerce in non-mainstream (e.g. platform) ways. We believe in keeping merchants independent and customers free from unnecessary exposure. The Cartpool Rally program runs on and by the merchants, with MOFFAS providing event-level technological support. MOFFAS does not collect sales data and does not profit from the program through sales. Orders and transactions go through seller sites’ backend directly. Because of such independence and non-intervention, Rally data reporting solely relies on the sellers and is thus limited.